When a person thinks of the dangers associated with hunting, what often comes to mind are accidents with firearms or exposure to the elements. What isn’t always considered is how hunting can damage a person’s hearing.

Most forms of hunting rely on firearms, and even though spending a weekend in the wilderness sounds quiet and relaxing, a single gunshot from a hunting rifle is enough to permanently damage your hearing. Even if you’re only taking a few shots every day during your trip with a smaller gun, the cumulative damage caused by those gunshots can take a serious toll on your hearing.

According to a 2000 study by the University of Wisconsin, men between the ages of 48 and 92 who are avid hunters are more likely than others in their age group to experience high-frequency hearing loss. That risk increases seven percent for every five years a person has been hunting.

The study also showed that as many as 95 percent of hunters fail to wear any hearing protection while hunting. A single gunshot from a hunting rifle can range from 140 to 190 decibels, dangerously high levels that are more than enough to cause permanent hearing loss. 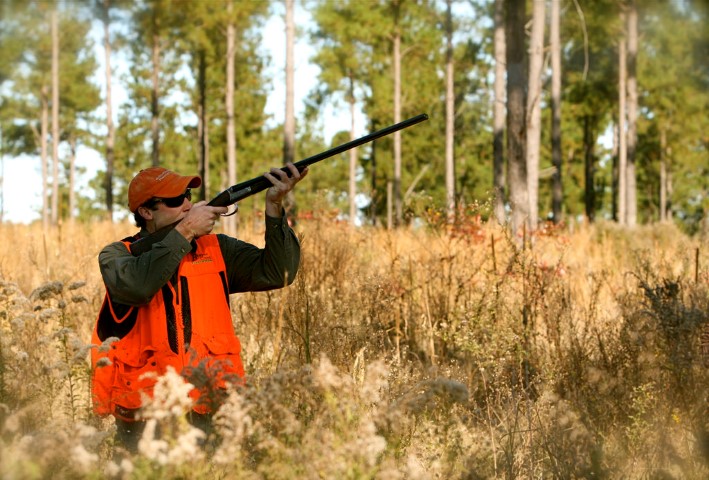 Most target shooters wear products to protect themselves from hearing loss when they shoot recreationally, so why don’t hunters take the same precautions? It could be due to the frequency of shots being fired on a shooting range as opposed to a hunting trip.

The kind of sustained gunfire heard on a shooting range is much more harmful than the occasional single shot fired while hunting, so most hunters might not think twice about the one loud bang they will hear when they fire their gun once or twice a day over a weekend.

As we’ve already established, one gunshot is enough to permanently damage a person’s hearing, so hunters need to take precautions to protect their hearing. The most effective way to protect your hearing while hunting is to wear a protective device.

SoundGear has a number of hearing protection products that help reduce sounds above 95 decibels while allowing you to hear conversations and other natural sounds around you. This means that you can keep your ear protectors in your ears even when you aren’t shooting.

It’s also important to remember that your hearing can be damaged during a hunting trip even if you aren’t using a gun. You may not be the only one hunting in your area, so you could still suffer the effects of a loud gunshot even if you’re taking a break from hunting or firing a bow.

Most avid hunters take every precaution to ensure their safety while hunting, and that should include protecting their ears. Hearing loss is one of the biggest dangers of hunting, so don’t leave for your weekend trip without protection.

"A&E in Lititz, PA is extremely inviting. The folks there are on top of their game, with great knowledge and wonderfully easy to understand explanations about the hearing tests. They outfitted me with a great hearing aid that helps me tremendously and fit my budget. This is by far the best Audiology clinic I have ever been to. I highly recommend."- Andrew W.

"This place is amazing. The office is well put together, the ambiance is beautiful and the staff is amazing. Whenever you need to have your hearing tested, this is the only place in the area you should come to!"- David T.

"I have been a patient for over 10 years, and I have always had a wonderful experience with A&E Audiology. The audiologists ensure that you are satisfied and the staff is so considerate. I have been wearing hearing aids since I was four and this is by far the best practice I have been to, and I have no intention of going anywhere else!"- Bethany N.

We Service All The Following Towns & Their Surrounding Areas...